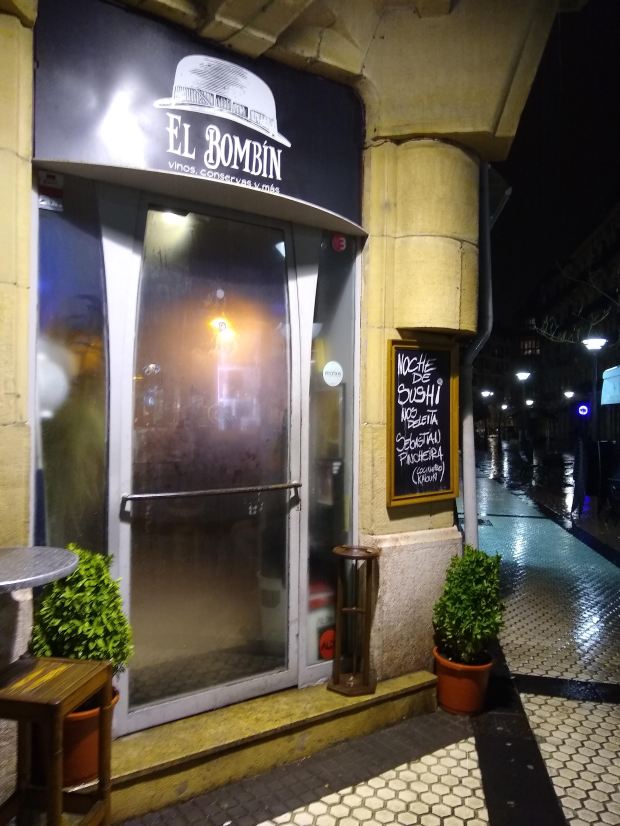 San Sebastian, Spain is known to be one of the culinary capitals of the world, with a population of nearly 200,000 citizens and more than 600 restaurants, coffee shops, bars, among other food-related concepts. Donostia is a city where passionate cooks come to fulfill a professional career in fine dining kitchens, being the city with more Michelin Stars awarded restaurant per square kilometer.

Near the ending of the 1970s, a group of Basque cooks and chef decided not only to recover the legacy received by way of a recipe book, but also to question the actual bases of Basque cuisine. Culinary giants such as Juan Mari Arzak, Pedro Subijana, Martin Berasategui were the leaders of a gastronomical movement called the New Basque Cuisine. This development catapulted a vanguard esthetic of how fine dining was perceived. For over 40 years San Sebastian has been the culinary paradise for chefs, gourmets, and hedonist.

Sebastian Pincheira is a Chilean chef who has devoted his career to the understating of Japanese cuisine. Passion, respect and discipline are the forces that drive the young cook the open a new restaurant in San Sebastian. With over 13th years of experience in the food industry, after a master’s degree in Innovation and Restaurant Development at the Basque Culinary Center in San Sebastian, Spain and after a few years in this gastronomical wonderland, made him decided to open and try his take on Japanese cuisine with locals.

On January 31st, 2019 was the first of many Pop-Up private events at Bar El Bombin, called Sushi Nights where guests taste some of the dishes we will offer in his restaurant. According to Pincheira, he expects to open this year and five years from now in Chile and Latin-America. San Sebastian is a city within cities, a melting pot of cultures that are paving the road for cooks who want to try their passionate elaborated menus against the most sophisticated palates of Spain.

Hi reader, my name is Cesar E. Noble-Medina and I'm a 26 years old MA in New Media Journalism student. I'm Puerto Rican and in love with the Caribbean cuisine. The purpose of this blog is to share the cultural richness of Caribbean cooking and the beautiful traits of its people. Here is my quest for flavors, global cuisine, and culinary experience. Follow me: Instagram:@ahumate

View all posts by Caribbean Cooking →

This site uses Akismet to reduce spam. Learn how your comment data is processed.